Musings and misadventures of a clumsy Canadian

Writing and photos by Tori Dudys

I’m currently watching a BBC documentary series about the Galapagos. It’s not just the creatures I love to learn about, but I also always love hearing the story of Charles Darwin and his theory of evolution by natural selection. Basically he theorized that creatures evolve based on birth anomalies that actually allow a species to prosper. For example, different tortoises on each of the different islands of the archipelago have different shapes of shells to allow for each type of tortoise to thrive in its distinct environment. Some have thick, low, round shells to shovel through grass and bush more easily, while others have peaks on their shells to allow them to reach the tops of cacti for food.

Darwin was 26 years old when he landed in the Galapagos, but made a discovery that changed the face of biology. 26? I’m only a year away from 26 and in comparison I’ve accomplished very little. That’s something I think a lot about and ask myself constantly: what have I done to make this world better? Why haven’t I done more? And then those are usually followed by: I can’t do more. I’m not good enough. No one likes me, etc.

Like most people, I do a lot of doubting. Doubting I’ll ever be something or someone important—whatever that means—doubting I’ll be able to make a meal as delicious as the photos in the recipe book; doubting I’ll find love; doubting I’ll do all the Euro travel I hope to do before my visa expires. And that’s just the tip of the iceberg.

I’ve been job hunting lately, trying to find a position more permanent that may allow me to stay in Scotland longer. As many of you know, there are few tasks more exhausting and disheartening than job hunting. You send out dozens of CVs and make a plethora of phone calls to basically hear over and over again that you’re not a good fit for a company. It’s quite demoralizing.

David Attenborough just made me feel a whole lot better though. The anomalies that exist due to natural selection can be considered imperfections. The first turtle ever born with a peak in its shell was probably made fun of by the other tortoises and she probably looked in her tortoise mirror and hated herself for her strange peak (I know how that sounds but just go with it). But it’s that imperfection that actually made it survive and thrive and change the face of that breed of tortoise.

If I can take anything away from Darwin’s theories, it’s this: though we all have imperfections, these flaws not only make us special, but make us stronger and more beautiful too. Ultimately the flaws from which self-doubt stems may help us to survive this crazy thing we call life.

There are so many castles in Scotland (the country has seen more than 3000 during its time), and though I’ve only been to a few, I have to say my favourite is Tantallon Castle. It was built on a cliff overlooking the North Sea so views of the castle and from the castle are breathtaking. It is described as “semi-ruined” meaning that though it’s still viewable inside and out, it is very decrepit and broken.

In my eyes, it’s this brokenness, those imperfections, that make Tantallon look more picturesque. Of course after standing since the 1300’s any piece of architecture is bound to have some chips and cracks, but the fact that it’s gone through so much and is still even partially standing makes me confident that no matter how broken I may feel at times, it’s the tough experiences that make me stronger and more tenacious. And our little imperfections? Those are just battle wounds. They are the scars from fending off demons and problems that will remain to remind us how strong we really are and that we can conquer anything, no matter how insurmountable it may seem. 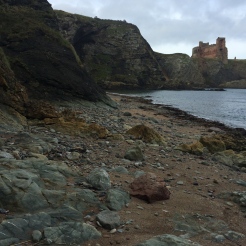 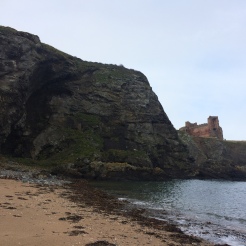 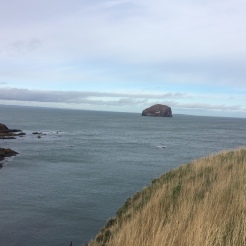 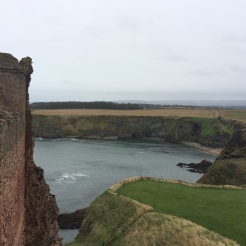 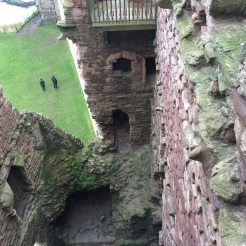 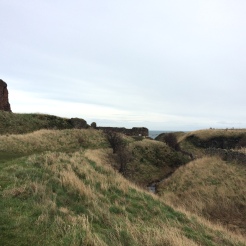